This guide provides an overview of locating print and electronic resources in Gender and Social Justice at the University of Waterloo Library.

This page is meant to provide entry points for researchers interested in discovering more about Indigenous ways of knowing to influence their academic research. The focus of the resources provided here are on First Nations, Inuit and Métis groups in North America and primarily the area that is commonly known as Canada, though other Indigenous groups may be represented in some of the works listed.

This page is a work in progress. If you have comments or can recommend additional/alternative sources, please email Sarah Brown, Librarian for Gender and Social Justice.

This list of over 20 databases covers a mix of scholarly and primary sources across many disciplines and timeframes. 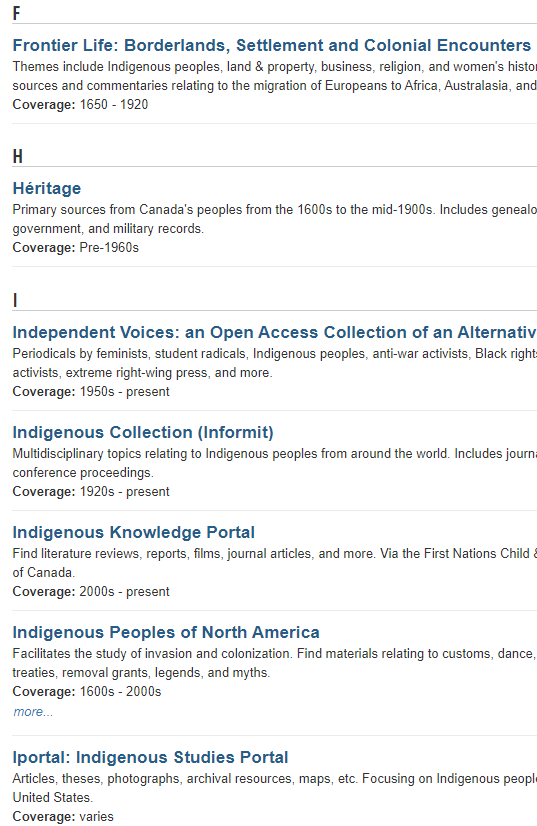 You may want to look further into the works and research of the academics listed below. This is by no means an exhaustive list but a good place to start for leaders in particular areas of study.