Peace Research at the Mennonite Archives of Ontario: 1946- 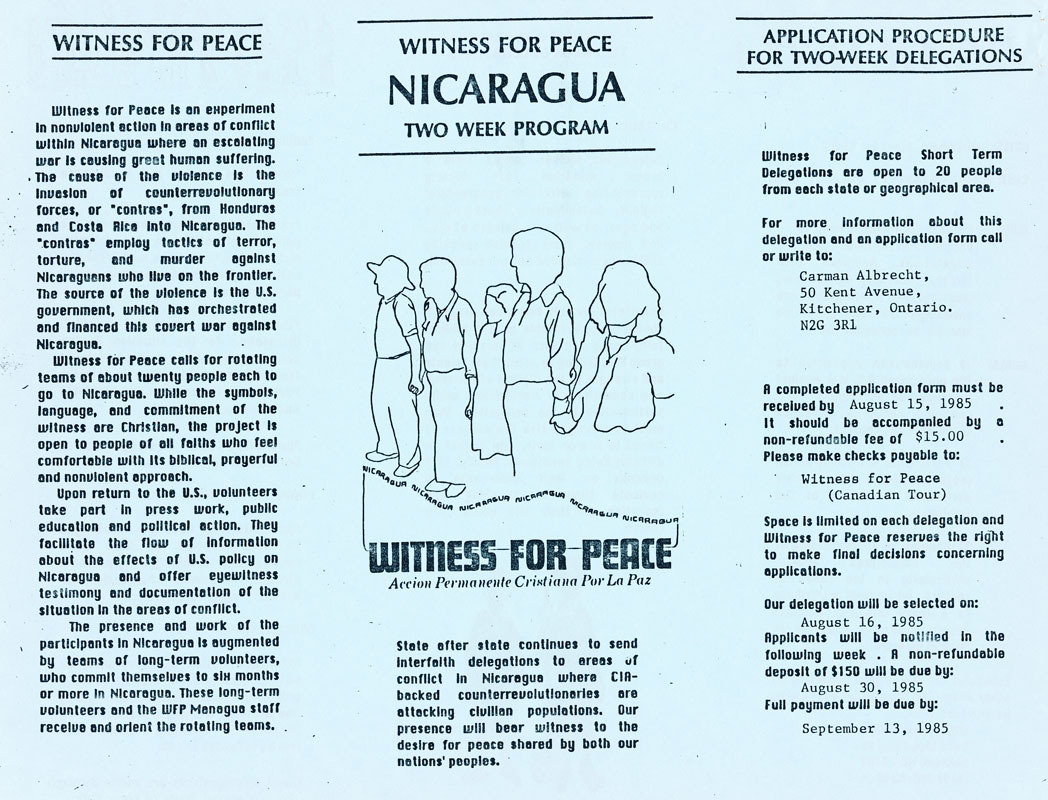 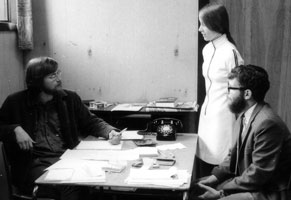 The post-war environment brought new peace concerns and opportunities for Mennonites in Ontario. A new wave of Russian Mennonite immigrants, displaced from the Soviet Union during the Second World War, settled in Ontario. CHPC conferences addressed issues such as nonresistance and mission work, peace education, and the relationship of Mennonites to government in the Cold War era. In response to the Civil Defence program instituted by the federal government, Ontario Mennonites organized a chapter of the Mennonite Disaster Service in 1957, rather than participate in the government program.

In 1958, the CHPC joined representatives from other peace churches across Canada to form the Historic Peace Church Council of Canada (HPCCC). This group supported Mennonite Disaster Service and coordinated Mennonite representations to the Canadian government. The HPCCC also hosted talks to bring the peace, relief and service agencies of Mennonites and related groups under one body; this was accomplished in 1963 with the formation of Mennonite Central Committee (Canada). In Ontario, the CHPC, NRRO, WMSA Cutting Room and MCC Kitchener office then took on the complex task of merging their organizations into one provincial organization, Mennonite Central Committee Ontario (MCCO).

Meanwhile, MCC headquarters in Pennsylvania expanded overseas activities as opportunities arose. Ontario volunteers were sent oversees through MCC, though the Kitchener office was involved in processing. By 1952, 28 Ontario Mennonites had served as foreign relief workers; by 1970, 281 Ontarians had served. As MCCO grew, it developed programming to address issues of peace and justice in Ontario, such as aboriginal issues, refugee sponsorship, environmental care, and restorative justice.

The early 1960s was a time of vigorous institution-building and church planting by Ontario Mennonites. Conrad Grebel College (now Conrad Grebel University College), a Mennonite college affiliated with the University of Waterloo, was chartered in 1961. In the 1970s, the College began to develop a Peace and Conflict Studies program, the first peace studies program at a Canadian university.

Outside of, though often connected to MCC Ontario or conference structures, various Ontario Mennonites formed working groups to address issues of concern. These included providing support for Vietnam War draft dodgers, assisting refugee claimants in the Kitchener-Waterloo area, and raising awareness of violent conflicts in Central America. Stirling Avenue Mennonite Church created a Peace and Justice Centre in 1987; it was the first peace centre to be housed in a Mennonite congregation in Canada. Bibliography

Many institutional and organizational fonds listed in this section are incomplete, as they have yet to be transferred to the Archives. Click on linked titles to view archival finding aids.

Peter J. Dyck fonds
Dyck and his wife Elfrieda served with MCC in England, the Netherlands and Germany during and after the Second World War. This collection is made up predominantly of materials associated with his University of Waterloo honorary doctorate, presented in 1974.

Frank H. Epp fonds
Covering the years 1963-1986, the Epp fonds is the largest personal collection in the Archives. A newspaper editor (The Canadian Mennonite) and academic, Epp researched and wrote on many peace-related topics, such as Mennonite history, the Vietnam War, draft dodgers, the Middle East, and nuclear disarmament.

John L. Fretz fonds
Fretz served in Alternative Service camps. After the war, he served in France as a relief worker with MCC.

Walter Klaassen fonds
A chaplain and faculty member at Conrad Grebel College, Klaassen was involved in the Kitchener-Waterloo Anti-Draft Program, 1968-1970.

David Rensberger fonds
Rensberger was a Mennonite draft resister during the Vietnam War who wrote a letter for wider circulation from prison, 1972.

J. Harold Sherk fonds
Sherk was a Mennonite Brethren in Christ minister from Ontario. From 1958-1969 he was the director of the National Service Bureau for Religious Objectors in Washington, D.C.

Alice Snyder fonds
Duing and after the Second World War, Snyder managed the Cutting Room, which supplied cloth for relief sewing to congregations. A lifelong MCC worker, she spent two terms overseas, in Germany (1948-1950) and Jordan (1958-1960).

C. Arnold Snyder fonds
Snyder was the first coordinator for Witness For Peace in Nicaragua (1984-1985). The fonds also documents his active interest in conflicts in Central America during the 1980s.

Samuel J. Steiner fonds
The fonds contains correspondence and other documents related to Steiner's experience as a draft resister.

Ernest J. Swalm fonds
Swalm was a Brethren in Christ bishop and chairman of the CHPC for 25 years. He kept a file of notes, clippings and correspondence on peace.

Association of Conscientious Objectors fonds
An organization formed to facilitate reunions of those who had served in Alternative Service during the Second World War , and promote awareness of their history.

Conscience Canada
Conscience Canada traces its history back to 1978, and was incorporated in 1983. It was founded to advocate for the right of conscientious objection to military taxation in Canada.

Historic Peace Church Council of Canada fonds
The HPCCC operated from 1953-1963 as a national coordinating body of peace churches.

Seniors for Peace fonds
This group's purpose was to deepen peace awareness among seniors and increase peace witness through various methods.

Sponsorship of Refugees from Southeast Asia
Mennonites in Canada were active in the private sponsorship of refugees from southeast Asia from 1978 to the early 1980s under the coordination of Mennonite Central Committee Canada. Archival files on this topic include MCC Ontario's Relief and Immigration Section records and Southeast Asian Refugee Oral History Project. Additional files created by congregations and individuals can be found by searching the Archives' holdings using the terms Hmong, Lao, Laos, Laotian or Vietnamese. Mennonite newspapers of record, the Mennonite Reporter, Mennonite Brethren Herald, and Canadian Mennonite, also document these events. Copies of these newspapers and their indexes are located in the Milton Good Library. The Archives houses high-level records of Mennonite Central Committee Canada, such as press releases, annual reports, and executive minutes. Additional files are located in the MCC Canada archives at the Mennonite Heritage Archives in Winnipeg.

Peace Problems Committee of the Mennonite Church fonds
A Canadian section of this committee was formed in 1925. S. F. Coffman and Jesse B. Martin were prominent members.

Mennonite Conference of Ontario and Quebec fonds
This conference had a standing committee on Peace, Social and Economic Relations, 1960-1968. The Mennonite Mission Board of Ontario's mission consultants kept files of peace activities in the 1980s.

Breslau Mennonite Church fonds
Contains correspondence with the congregation's Militarism Committee about church membership and participation in the military, 1990-1991.

Stirling Avenue Mennonite Church fonds
The congregation created a Peace and Justice Centre in 1987. This was the first peace centre housed in a Mennonite congregation in Canada.

Government Records in the Mennonite Archives of Ontario