Primary sources: what are they?

In the field of History, primary sources refer to firsthand accounts and other evidence from a time in the past. They are what historians examine in order to get as close as possible to a person or event from a historical time period. By analyzing primary sources, historians can begin to draw conclusions about what may have motivated people or shaped outcomes. Historians findings, typically published as books and articles are referred to as secondary sources.

Some types of primary sources

This Pepsodent toothpaste ad appeared in Collier's magazine in 1943. "How to catch a husband" by Bob Hope. Step 1: "Of course, you know what a husband is! That's a bank account with pants and an empty stomach ..." 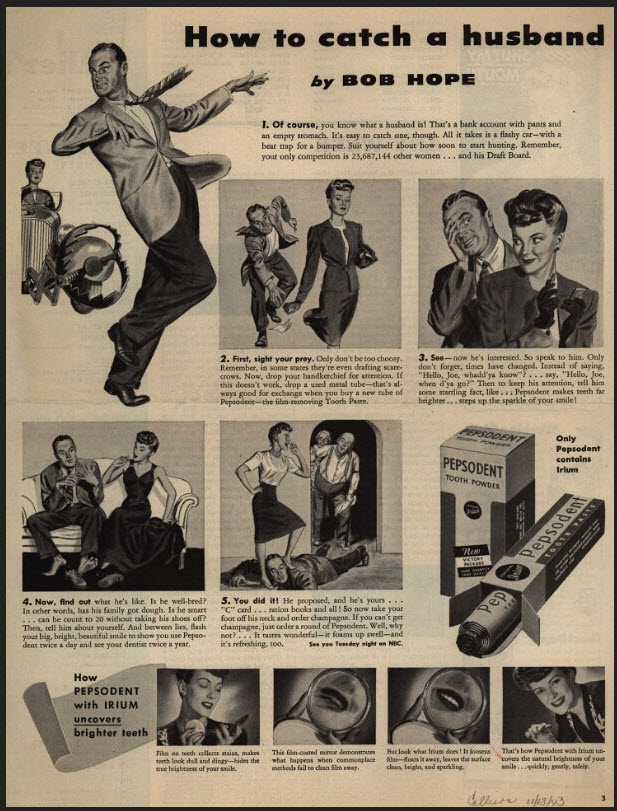 When examining a primary source, ask yourself the following questions:

Two ways to find primary sources acquired by the Library

1. The Databases page has a Database Types drop down menu. Select "Primary Sources" to retrieve databases. 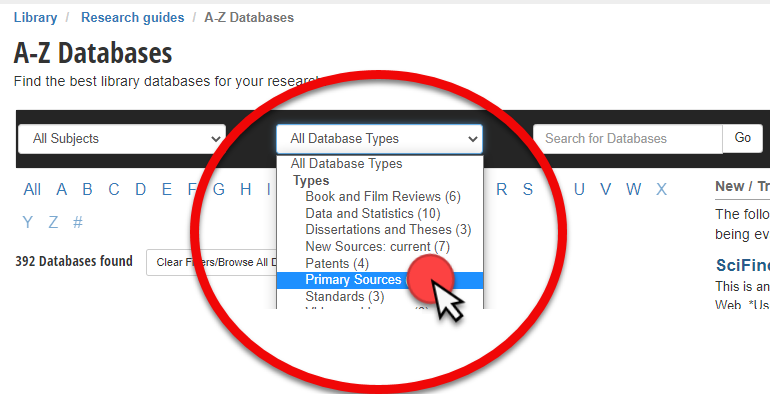 2. This search in Omni, the Library's catalogue targets records describing primary sources. Give it a try.

The Internet as a primary source